Colors of the Breed

The Fjord is eye-catching with its characteristic dun colouring, typical of the earliest horses in existence. Like those wild horses, they retain the primitive markings that all such horses used to carry: the dark dorsal stripe that extends from the poll through the tail, horizontal zebra stripes on the legs, and dark outlines on the ear tips.

Fjord horses can be seen in five shades of dun. Ninety percent of them are brown dun, with golden body, black dorsal stripes and an oatmeal coloured muzzle. The other shades of dun include red dun, white dun, grey dun and the rarely seen yellow dun, whose stripe is darker yellow rather than black. 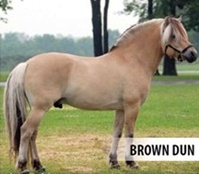 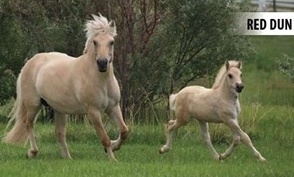 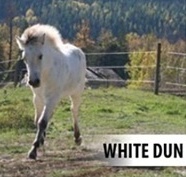 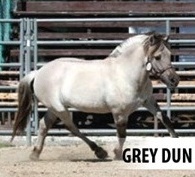 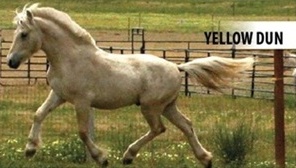 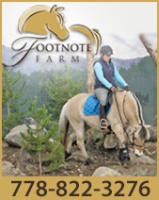 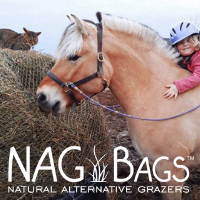 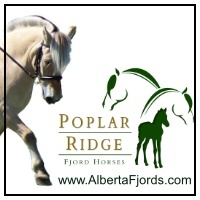